Amazon Prime
I have been enjoying my amazon prime membership 499/- year by watching movies on Amazon prime videos. Since I hate Bollywood and Hollywood the only genre I can watch is the Marathi movies. (Wish I could also understand other regional languages). 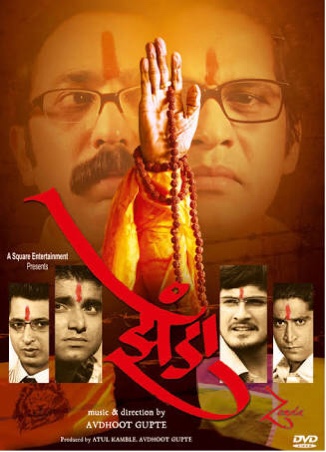 Pardon my maiden attempt at reviewing a movie. Zenda is based on the split of the Sena, where Raj goes out to make his own political party. But the focus is more on how it adversely impacted the followers or karyakarta’s rather than the inside story of the split which is mentioned in passé. The director probably was scared that his film would be banned if he shows either one in bad light.

The theme is how the split disillusioned the Marathi manoos while the newly formed party doesn’t adopt a anti-Muslim-Dalit ethos by including green and blue on its flag. The advice on flag colours it is shown is incidentally given by marketing firm. Also the original Sena loses its past radical ethos and changes to the disillusionment of its followers.

Overall a slick movie, which goes slow towards the end , but thankfully the movie is short enough. Loved the theme song which is hauntingly beautiful. (Embedding the you tube link below)