Why do i dread the last mile commute, after getting down from a public transport, it is a nusisance to find a transportation to take you to your home and office. I would rather walk it down, but walking can get tiring and time consuming. So I bought a bicycle. I used to think a portable folding bicycle is the solution to the the last mile commuting issue. A portable cycle is a option, but most portable cycles would at-least weigh 12 kgs which might tire the hell out of a normal non-athletic person.

Lot of Kickstarters are working on this issue, another one which is like a unicycle called Yike is electric cycle which can be folded and carried in a bag, but the issue again is , it weighs12 kgs for the lighter model going all the way to 15kgs for the top end variant.

The Final Solution – A Boosted Board. 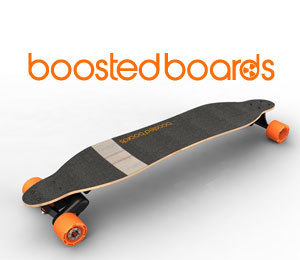 One day when i was walking, i saw a Causcasion guy on a boosted baord, the ease with which he was navigating the traffic and the potholes left me stunned, it recently dawned on me that this could be the possible solution to the last mile personal commute. Light and portable enough to carry in a back pack. The boosted board is motorised and controlled by a bluetooth remote control and travel up to 20mph and and go a distance of 10kms.

Take a look at this video below.

About Manoj Nayak Manoj Nayak is a Digital Marketing Consultant by Profession. He also runs Hyperlocal communities and strongly believes in the Mantra "THINK GLOBAL, ACT LOCAL". Manoj Nayak is a tech enthusiast , productivity and Gadget obsessed and has been researching on Topics like Blockchain, AI and Big Data. He is also is researching on how to combat corruption from governments. His vision is to be part of TEAM HUMAN and create a more inclusive humanity for ALL. P.S - He also fancies himself as a writer. :) View all posts by Manoj Nayak